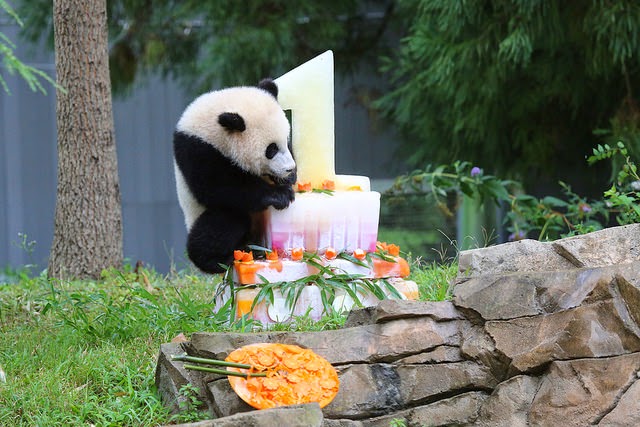 There's a story getting very wide coverage this week, which almost gives me hope that I will no longer be a lone voice against the evils of pandas. For this one, there's no need to make a subtle argument about the disproportionate resources and attention that are being diverted to this species. This is one where they are really showing their true colors. It's hard to choose from the array of clever headlines, including at the Guardian, Pandering to the crowd: panda accused of faking pregnancy in bun fraud case,  but I'm going to go with the efficient summary at CNN:

Report: Panda 'may have faked pregnancy' for more buns, bamboo

A giant panda intended to be the star of the first ever live broadcast of the birth of panda cubs has lost the role -- after it was discovered the bear is not pregnant after all, Chinese state media reported.

Not only was it a phantom pregnancy but zookeepers suspect the panda, Ai Hin, may have been faking it to improve her quality of life, the Chengdu Research Base of Giant Panda Breeding told Xinhua on Monday.

Ai Hin, age six, had shown signs of pregnancy, including a change in appetite, moving less and an increase in progestational hormone in July, according to Xinhua.

But after observing her for two months, she began acting normally again, zookeepers said.

Experts say pandas sometimes carry on the behaviors associated with early pregnancy after noticing that they get preferential treatment, the news agency said.

"After showing prenatal signs, the 'mothers-to-be' are moved into single rooms with air conditioning and around-the-clock care," Wu Kongju, an expert at the Chengdu base, is quoted as saying.

"They also receive more buns, fruits and bamboo, so some clever pandas have used this to their advantage to improve their quality of life."


Photo from the birthday of my current least favorite panda at the National Zoo.