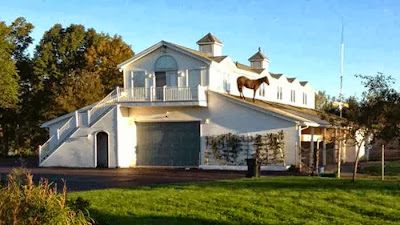 
A New Brunswick couple was baffled after a family member sent them a photo of their horse perched on the roof of a garage.

Stephen Downey and his wife Pat raise racing horses in Hampton N.B. But despite their experience with the four-legged beasts, they say they were baffled after seeing a photo, taken by Stephen's brother Archie, of a young colt on the garage roof.

"It looked like Archie had done a joke on Stephen and Photoshopped the horse on the roof because that just doesn't happen" Pat Downey told CTV Atlantic. "You would never get a horse to do something like that."

There was a hole in the roof where were the colt had put a hoof through. Pat Downey says it would have been a drop of more than 3.5 metres if the colt had plunged through.

"I think he was just bored," Downey said. "He's like a two or three-year-old kid and he was just looking for some excitement and he got into trouble like a regular kid would do."