Check your stereotypes at the kennel door 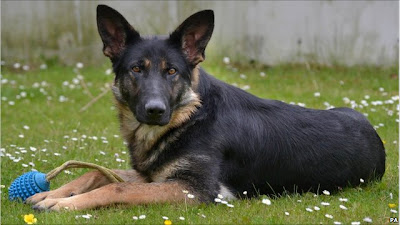 This news has elicited the usual surprise and astonishment from people who don't read this blog, and so are unaware of the real nature of cute small dogs. As I have reported before, one study found that the dog breeds mostly likely to show aggression towards people are dachshunds, Jack Russell terriers, and yes, chihuahuas.

And unfortunately, not all chihuahuas use their powers for good. Elsewhere in California, a neighborhood had its mail delivery suspended because of a chihuahua that was frightening the mailman.

By the way, one report revealed that the same home owned another dog who had taken no part in interfering with the postal service. And the breed of that other, well-behaved canine? Pit bull.


(Oh, and that apparently unrelated photo? That's Vegas the German shepherd, who flunked out of police dog training in England because she wouldn't bite and is afraid of children.)