Hail to the Chick 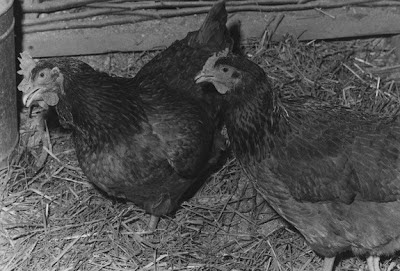 Today we've actually got an Inauguration Day bad animal, courtesy of the Smithsonian, where in 1973, a chicken disrupted a Nixon inaugural ball.

Perhaps unwisely, they'd decided to hold the event in what was then called the Museum of History and Technology, where there were live chickens "to give a sense of realism to the American farm life exhibit."

Unfortunately for the dignity of the event, when it comes to animals, realism is nothing but trouble:


While guests danced the night away, a female participant became quite ruffled when a chicken flew into her one thousand dollar VIP box and began to assault her.

The guest "objected she was being molested," according to the photo caption here. Fortunately the secretary of the Smithsonian at the time, S. Dillon Ripley, was an ornithologist. Even more fortunately, he wasn't one of those animal experts we often see on this blog, who make excuses instead of standing up for his own species. He captured and subdued the bird and returned it to captivity.

A good save, but whatever your political leanings, I think we can all join together in hope that today's event is unmolested by birds.