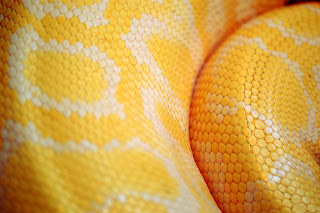 As we saw in the previous post, it's a common problem for people to be afraid of the wrong animals. And this problem is compounded by the fact that - as we've also seen many times before - some people can't even tell whether something is an animal or not.

Two recent cases show people getting it wrong in both directions:

- A Swiss office building was evacuated when a giant bird-eating spider was found on a table. Police were called and when they arrived with an animal expert, it was quickly discovered that it was a fake spider. Employees were subjected to a 20 minute lecture on how to tell real animals apart from toys.

Reports don't mention whether this lecture also included the fact that these spiders are not in fact particularly dangerous to humans - certainly not justifying the evacuation of an entire building. Seriously, folks: just empty a trash can and turn it upside down over the spider before calling for help.

- On the other end of the spectrum, a no doubt distracted mother of two toddlers spent at least three days living with a boa constrictor in her bathroom because she mistook it for a banana:


Stacey Way, 28, said: "I was wiping the bathroom floor when I noticed what I thought was a mouldy banana my toddler had shoved down the side of the water pipe.

"I know it sounds ridiculous, but I thought 'I'll get that in a minute with my gloves on' and then just forget all about it.

"Three days later I was bathing my two little ones and wiped around the floor again when I saw that this thing was sticking out more than before but as I got closer it went back in.

"I was so shocked, I couldn't believe it. I looked closer and realised that the banana, or now snake, had a mouth."

People: The photo up above? Closeup of an albino boa constrictor. This photo, on the other hand: 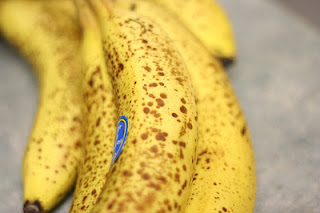 That's a banana. Make note of it.