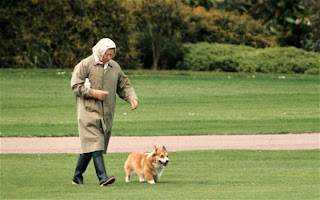 The heat isn't slowing them down - too many bad animals to cover them all in depth this week:

- Is this a conspiracy? Norwegian driver hits bear after trying to avoid elk:


A Norwegian driver who tried to avoid crashing into an elk hit a bear instead, a wildlife official said.

"We are currently tracking the bear and we have found traces of blood indicating internal injuries."


The driver's car sustained some damage in the accident. The elk managed to flee the scene unharmed.

In Rhode Island, a soap-opera-like dispute between neighbors - and ex-spouses - has got a talking cockatoo on one side. Just after the couple finished building their house some years ago, the wife moved out and moved in with a neighbor. There seemed to be a truce for a number of years until a girlfriend, Kathy Melker, moved in with the man:

Since June 2011, Melker claims the bird has been calling her a “f*cking wh*re.”


But why expect neighboring exes to get along when even royalty can't keep it together?

Max, an 11-year-old Norfolk terrier, is said to have been badly injured after a “nasty” encounter at Balmoral castle last week.

The Princess’s beloved pet nearly lost an ear and suffered several bloody bite injuries that had to be treated by a vet, in the latest in a series of scraps between royal dogs.

Read the rest of this saga at The Telegraph.