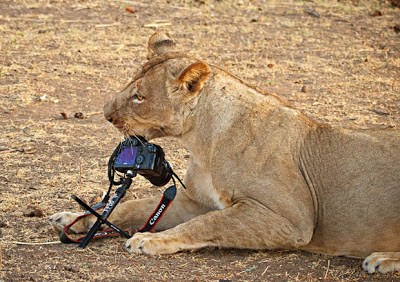 -In case you missed it over at the Animals Behaving Badly Tumblr, that's a lion that stole the camera of a photographer who fortunately had a second camera with which to record the whole thing. The camera didn't survive the ordeal, but apparently the film did, so we got to see what a lion's taste in photography looks like: 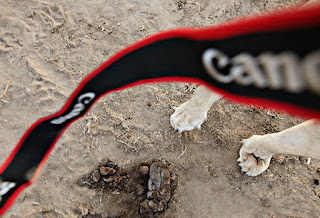 -In England, a cat named Oscar ate a diamond necklace.  This is the sort of thing we see more often  with canines, but it sounds like these people might as well be living with a lion:


“You don’t want to get in the way of Oliver when he’s eating. He’s quite a large cat, and quite ferocious when he eats the treat sticks."

Hope they don't make a habit of leaving expensive cameras lying around.

-In Poland, an embezzler seemed to be at work stealing from the petty cash at an animal shelter. To identify the thief, a secret camera was set up and some bills were left in plain view as a temptation. You know where this is going, of course: the perp was a cat. Showing that good breeding doesn't mean good morals, a pedigreed Burmese named Klemens - who also liked to steal office supplies - was seen snatching the money off the desk, rolling around with it on the floor, and stashing it under a sofa.

Like many who try to excuse a criminal who came from a rough background, one staff member said, "He was the ugliest out of his siblings and no one ever wanted to take him home." But he was clearly living the good life, roaming freely around a very classy-looking place, with no need to steal to support himself.