Animals where they shouldn't be 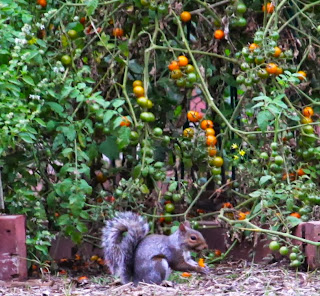 -The end of the government shutdown is good news for the fight against bad animals, which have been running amuck in the most high-profile place possible. The White House garden is being devastated by squirrels feasting on the produce, and a fox has taken up living in the grounds.

The photo above is from a blog about the garden that first reported the situation. The story was picked up by international media, but because the employees that could evict the critters were furloughed, the world could do nothing but look on helplessly. We hope the relevant staff are on the case promptly this morning.

-And on the other side of the world, this one calls for another photograph: 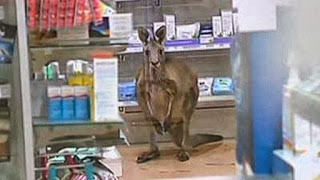 A kangaroo shut down part of Melbourne Airport on Wednesday when it hopped through a terminal and into a pharmacy, airport officials said.

Customers inside the drug store alerted Australian police, who were forced to lock down part of the Qantas terminal so wildlife workers could tranquilize the wayward kangaroo.

A quote from another article gave me pause:


Neil Mitchell said the kangaroo should get used to attention.
"That kangaroo will be world famous soon - the English, Chinese, they'll be fascinated!"

I have to wonder: does giving these animals publicity just encourage them - am I part of the problem?