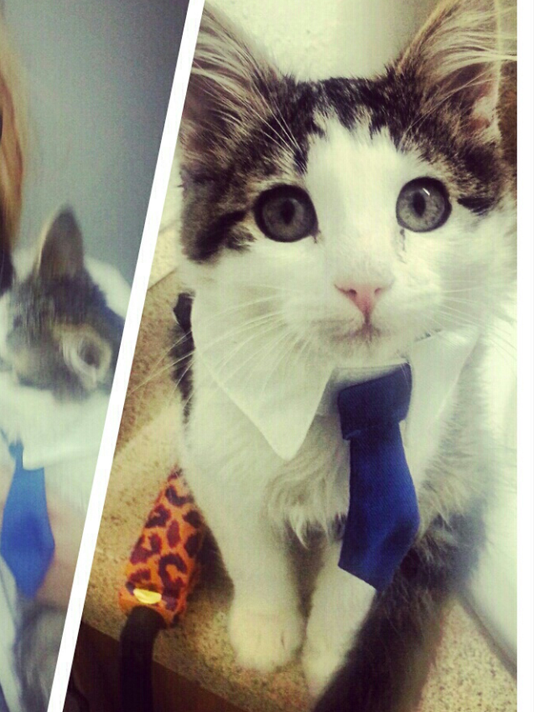 I present this important story in its entirety. I'm assuming if you're a cat owner you'll tell yourself your cat would never do this, and that you're safe as long as you don't try to make it wear clothes like in the photo. But you won't be able to say you weren't warned.


Three Roseville residents and were taken to the hospital Tuesday night after they were attacked by a pet cat.

"The cat ran and jumped on his leg and was like, attached to him," the owner said. She and her family asked not to be identified.

The family called Roseville police, which typically directs calls about animals to the city's animal control department. Animal control was closed, however, so the call was directed to the Roseville Fire Department.

It was "absolutely a first for us," Fire Captain Derek Carey said. "We tried to push it into a cage, and it grabbed on to my engineer's boot and turnout bottom and was hissing and going off."

Firefighters threw a fire blanket on the feline and used a metal pole to lure him into a cage, finally trapping the temperamental tomcat.