Bad animals can be anywhere 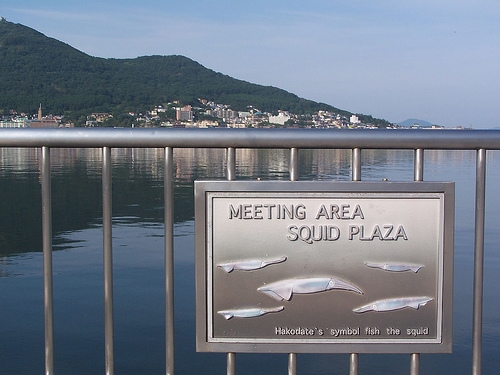 A few stories from the last couple of weeks to remind us that there's no place you're safe:

-In Washington State, a man was bitten by a rattlesnake while shopping at Wal-Mart:

Mr Craig said the serpent attacked as he reached down to brush away what he thought was a stick from a bag of mulch.

The purchase was intended for his marijuana plants, which Mr Craig said he was licensed to grow for medical reasons.

-In California, a woman found a mountain lion in her garage:


Michelle Taylor called 911 at about 8 a.m. after her husband, Jesse Taylor, rooted around the garage in search of what he thought was a raccoon or other small critter. Instead, less than 3 feet from him, he spotted a large paw and the face of the mountain lion.


-And before you go to the beach this summer, read this post from Deep Sea News about MASSIVE SQUID THAT HUNT IN PACKS. They not only coordinate their hunting behavior, but carefully position themselves in the group:


Why? It’s likely high levels of cannibalism, with smaller individuals being more prone to cannibalism by larger ones, helps squids remember to keep their distance.

Sure, they're usually hunting for fish. But if they're eat their own kind, why would they stop at you?