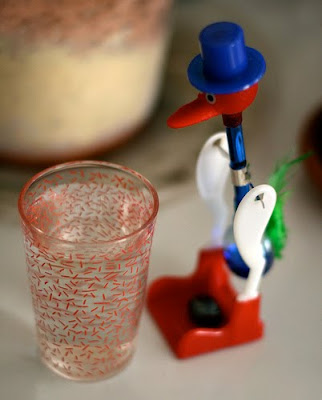 Ever since 3,000 blackbirds fell out of the sky dead in Arkansas on New Year's Eve, there's been talk of a mysterious "aflockalypse."

Suddenly everyone's noticing mass animal deaths: fish in the Chesapeake Bay, crabs in Britain, starlings and other birds in Louisiana and Kentucky, and more all over the world.

Is it the end of the world? No, say spoilsport scientists, these things happen all the time. The US Geological Survey tracks them in the United States,and collects an average of 163 reports every year, according to the Associated Press.

The reasons behind these mass die-offs vary: sometimes pollution, sometimes disease, sometimes extreme conditions, sometimes even foul play, like the 80 bats in Tucson who were shot to death in December.

And sometimes the reason is bad behavior. Authorities in Romania were concerned that dozens of starlings had died of avian flu. But necropsies revealed that the birds had died because of alcohol poisoning after eating fermented grape residue. Yes: they drank themselves to death. This time, they've got no one to blame but themselves.