Turning the tables on a bad animal 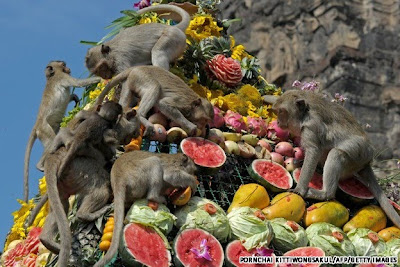 As we've seen on this blog again and again, some people never learn. Macaques cause havoc wherever they live - just to name a few, we've seen it in South Africa, in Singapore, in Japan, and even in places in India where they are considered gods.

And still, a town in Thailand persists with a traditional yearly festival that provides a huge monkey buffet.

But one organization that's concerned about invasive species has an idea to turn the tables on bad animal behavior.

Accoding to REEF, the Red Lionfish is the first non-native marine fish to successfully invade Atlantic waters. They're thriving in the Caribbean, Gulf of Mexico, and the East Coast of the United States, where they reproduce year-round, and have no predators.

But REEF says there's a simple solution to the latter problem:

The lionfish has got nasty, venomous spines, but once they're removed (or cooked, if you like to live on the edge), it's perfectly safe to eat.

And if you're not sure of the best way to prepare it, REEF is not going let you get away with that excuse: they've just released The Lionfish Cookbook. Do your part by buying your copy here. 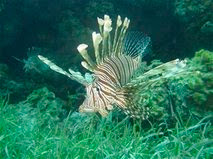 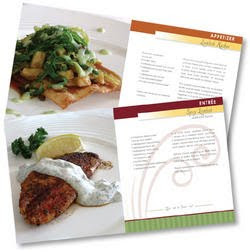