Snakes on a train... and other inconvenient places 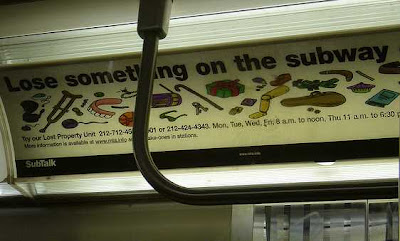 Some of this blog's best friends are snake owners, and admittedly its author can be found rooting for them in print on occassion.

But like any other animal, when you invite snakes to share your life you're asking for trouble. And it's not always the kind of trouble you might expect.

For example in England, a pet snake recently caused a house fire. Rearranging its enclosure on its own without following basic safety precautions, it moved a heat lamp so that it touched a piece of bark, starting the blaze.

Your pet snake problems may inconvenience others as well. In Boston, a remarkably inattentive woman somehow lost her boa constrictor on a subway train a month ago. They were reunited last Friday, after a commuter spotted the 3-foot-long snake and the train was taken out of service to search for it.

And while acquiring a pet from a reputable source is important no matter the species, snakes can present special issues: a man in New Jersey recently ended up in the hospital after being bitten by his pet cobra. The dealer claimed that its venom sacs had been removed, but apparently, not so much.

Those folks have only themselves to blame, but others are the innocent victims of uninvited guests. In Idaho, a house is for sale cheap after a foreclosure, but it's not the usual recession-related sad story. The owners abandoned it because it's infested with thousands of garter snakes. A herpetologist told Reuters that the house was probably built on the site of a den where the snakes return every year when the weather gets cold.

The realtor says he's looking for a very special sort of buyer: "I guess I need a snake lover; either that or someone with multiple mongooses."

Photo of sign from the New York City subway, where they are prepared for you to lose your snake (see far left) by Flickr user eston.