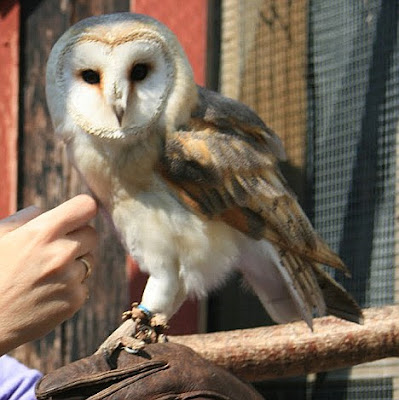 There's a rule in journalism that three of anything is a trend. It's taken a while, but we can now officially designate the following as a trend in bad animal behavior: Zoo animals eating other zoo animals in front of a crowd of children.

In October 2010 we learned of this incident:

A horrified 8-year-old boy watched as an alligator ate the pet turtle he'd just donated to a Panhandle aquarium.

Brenda Guthrie and her 8-year-old son Colton witnessed Tomalina’s death as the red-eared slider disappeared into the alligator’s jaws at the Gulfarium. When the two looked away from the sight, she said they could hear the crunching of the turtle’s shell.

“He was jumping up and down screaming,” Guthrie said of her son’s reaction. “He was shouting, ‘Oh no alligator, let it go.’”

And this past June:

The cute binturong - also called a bearcat - was one of a pair to climb a tree before dropping into the big cat den at Chessington World of Adventure.

Jason Harcombe, visiting with his two-year-old son Oscar, said: "The poor animal didn't stand a chance. The lions jumped on it straight away and killed it.

"The lioness brought the body up to the glass and then she and her mate just ripped it apart in front of us."

And now another British lion completes the trio: At the Colchester Zoo, an adorable barn owl was performing in a free-flight display when it collided with a window and, dazed, ended up on a ledge in the lion exhibit.

You can guess what happened next, and the crowd reacted as expected. One observer said that his two year old son "was in tears, along with most of the people who were there. Women and children were screaming but it was all over in seconds."

But that visitor, at least, took the right lesson away from the experience:

"It's in the lion’s nature. I have taught Daniel that lions are not fluffy animals. He was very upset but we will be back in the zoo again."

(That's a photo of the late - and no doubt delicious - barn owl Ash from the Daily Mail.)