No rights without responsibilities 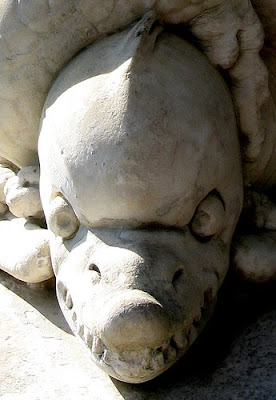 Two years ago I reported on the proposal of one academic that dolphins should be considered "non-human persons" who are entitled to rights and freedoms.

I was hoping this idea would die a quiet death after I argued that I was totally on board with it - as long as it meant that we treated dolphins the same way as humans who behaved equally badly.

But apparently the guy is still going around flogging this idea, most recently at the AAAS conference held in Vancouver.

Some academics have argued that dolphins are so intelligent that we need to treat them as more than animals, based on evidence that they have large brains, pass on cultural activities, recognize themselves in mirrors, have sophisticated communication systems, and so on.

Setting aside the implication that is OK to treat someone badly as long as they’re stupid - because honestly, who hasn’t had the temptation - I am happy to grant the premise that dolphins are brilliant, since it takes nothing away from my argument that they are basically bastards. In fact, I’m quite intrigued by the suggestion of one author that these evil geniuses should be considered “non-human persons.”

“Dolphins should be considered non-human persons,” says ethicist Thomas White, “because they have the kind of consciousness that, in the past, we thought was unique to our species. They’re not just aware of the world around them but they have the ability to look inside and say ‘I.’ They have a sense of choice and will.”

White argues that dolphins, like humans, should be given “moral standing” as individuals, and surely any reasonable person who has read this chapter would support this. Yes, we’ve seen that dolphins are gang rapists, murderers, baby-killers, and pose a serious threat to innocent, ignorant humans - but that’s exactly the point. It’s about time we start treating dolphin persons in the same way that we treat human persons who commit those crimes. Enough putting them on T-shirts, then, and more putting them on trial: let them pay the price like the rest of us have to.


Photo of a dolphin statue in Florence that captures the true evil within by Flickr user mike-wise.