New frontiers in Animals vs Infrastructure 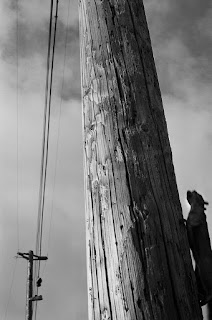 It's so common for animals to cause power failures that most of the time it's hardly news worth posting. But an animal in Tampa has taken this to new heights by picking its target well: it took out the city's entire water system. At the height of the outage, more than 560,000 people were being told to boil their water before using it.

An official of a national water system trade association said this was the largest outage ever as far as he knew. We may never know exactly who is to blame for this unprecidented event - news reports refer to only "an animal believed to be a squirrel." This is often the case in this kind of animal terrorism, since it is generally a suicide mission.

But Tampans stood up to the attack bravely. Bottled water flew off the shelves, but they did not let the outage interfere with vital services. A McDonald's said it would stay open as long as it could maintain supplies of bottled soda, and the event proved that American culture is not that easy to keep down:


The defining water-bucket moment in "Flashdance The Musical" will still splash the stage at the Straz Center through Sunday thanks to a 25 gallon reservoir that can be refilled with bottled water. In an iconic dance number, leading lady Emily Padgett leans back on a chair, pulls a chain and is drenched by a bucket of water.

"Water for 'Flashdance' is safe," said Paul Bilyeu, director of public relations at The Straz Center.


Squirrel in an ominous position by Flickr user kzamani.