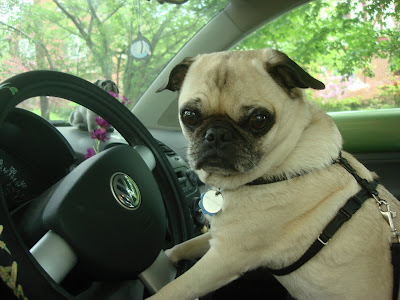 Dogs are such traditionalists, as any long-time reader of this blog will know. As we saw last time, the haven't stopped starting fires. And they haven't stopped driving badly, either. This time it was two dogs in a pickup truck in Tulsa, Oklahoma:


The dogs, Roscoe and Luna, were inside their owner's truck at the top of the hill on 25th Street. In a matter of minutes, they were barreling across Riverside Drive and into the Arkansas River river bed.

"I got around to the front of the house where the truck was, and it's like not there," he said. "And I was like 'did I get towed?' and I just thought no it didn't."

One of the dogs put the car into gear and they took off. "Approximately three blocks down a hill," Tulsa firefighter Clay Ayers said.

The dogs missed drivers on Riverside Drive, runners on the trail and narrowly missed landing in the Arkansas River.

And really, why should dogs stop this sort of thing- or even learn to drive better? The truck was badly damaged, but the owner just said "It's an expensive joy ride," and the cops let them off without punishment. No wonder they never learn.