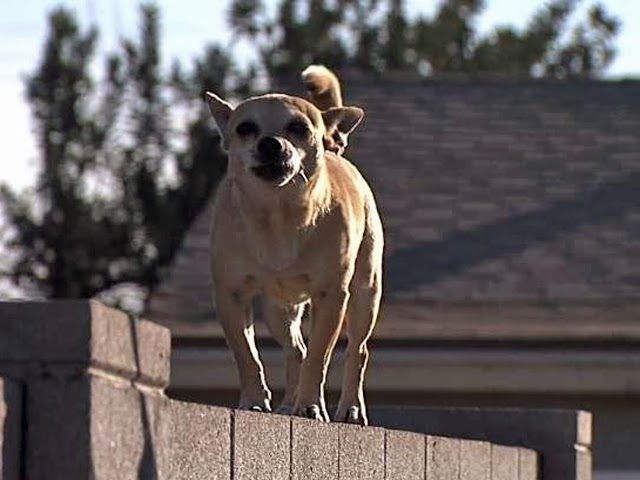 A neighborhood in Phoenix is being overrun with roving bands of chihuahuas.


PHOENIX (KSAZ) - Who let the dogs out? apparently a lot of people in Maryvale. Maricopa county animal care and control says packs of Chihuahuas are roaming the streets and some people in the area aren't happy about it.

"Yeah a lot of them they are out here chasing kids or going yard to yard...anywhere in groups of eight to twelve just running around," said Ray Rios, a Maryvale resident.

Frank Garcia has also seen the packs. "Well the last time I seen six or seven Chihuahuas... and big dogs running with the Chihuahua's in a pack running every single day," he said.

Reports are that children are being harassed by these gangs on their way to school, and it sounds like the dogs are strategically using their numbers to keep authorities off their game:


Animal control officials say people are calling about seeing stray Chihuahuas, but the dogs are long gone by the time they get there. They can't patrol the area because they're busy responding to dozens of calls at a time.

Sure, it's hard not to laugh when you read this - unless you've read this blog long enough, and recall the results of a careful study about what breeds are most likely to show aggression towards humans. They're dachshunds, Jack Russells, and - yes - chihuahuas.

From the looks of that photo, they've learned to climb straight up brick walls. And as they're showing, there's strength in numbers. So giggle away, but remember, the apocalypse may look like you least expect it to.