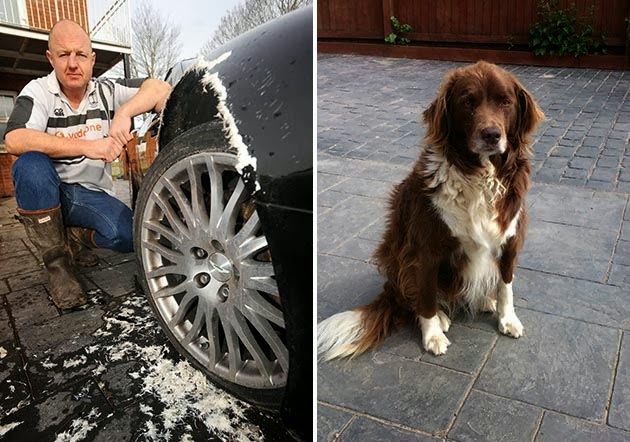 In England, a dog has a new home after chewing an impressive chunk out of her owner's fancy car (a £80,000 Aston Martin DB9 Volante, in case that means more to you than it does to me).


"I came home and saw her covered in white stuff and I thought she had got a bird and it was feathers - but it was the fibreglass from the car.

She had chewed out a huge chunk. I just laughed. I mean, what else could I do?"

What else he could do was give the dog away, which he did - which seems like a simple case where a bad animal had to face the consequences for a change. But look into the details and the plot thickens.

Luce had never been destructive before, but she didn't get along with Grimstead's other dog. So he's got a theory:


"I advertised to try to rehome her because she does not get on with my other dog.

She must have overheard me because she’s normally friendly and never really chewed on anything before."

Was this Luce's revenge because he was considering giving her away? Or was she so tired of living with her annoying canine roommate that she decided to push the issue? In any case, insurance paid for the damage, and Luce has moved on to a new family, so this is one case where bad behavior had a happy ending for all.