Bad Animals at the Zoo 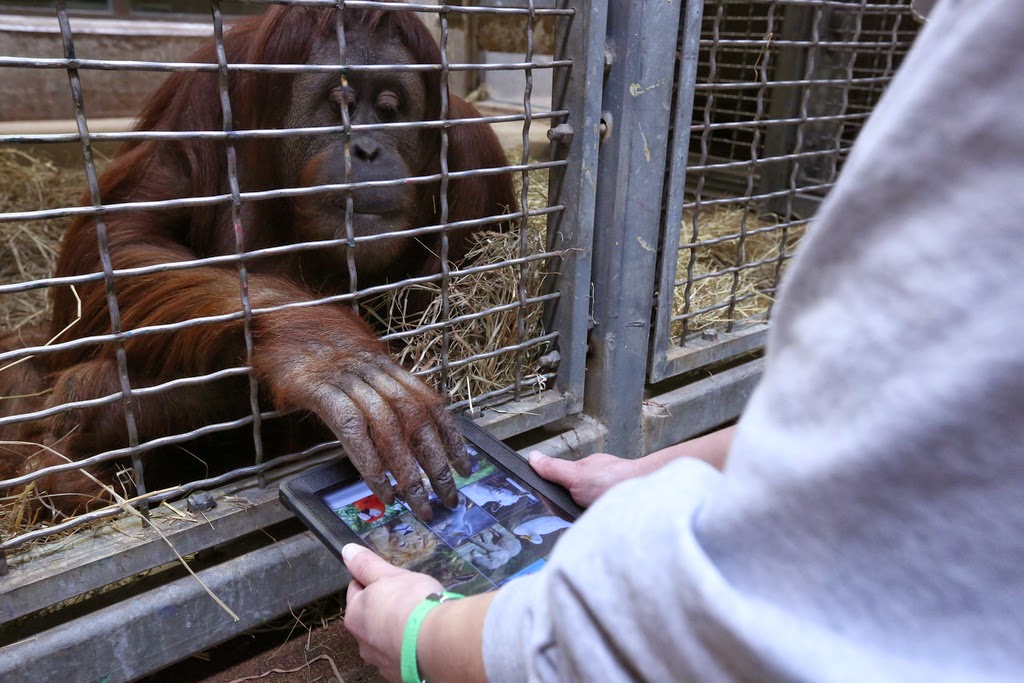 -When fifteen flamingos were found brutally murdered at a German zoo, some decapitated and apparently stabbed, the zoo director called it "shocking incident" and said zoo staff were "speechless". And the press immediately jumped to certain sorts of conclusions:


The flamingo killings in Frankfurt leave the German media guessing. "Who would do such a thing?" asks Die Welt daily. "Psychopaths? Was it a completely out-of-order test of courage among young people? Or was it Satanists?"

Nope: testing showed that the culprit wasn't even human -  it was a fox.

The zoo director is quoted as saying "we are relieved that we are not dealing with an animal abuser." Not sure why, since they're just as dead, and you can't even use the excuse that the fox killed out of hunger. But that's how it goes: animals always get away with murder.

-in Indianapolis, two orangutans escaped from their enclosure at a brand new $26 million dollar exhibit. They never got into public areas but apparently disassembled a camera, no doubt to erase evidence of their escape.

This sort of thing is no surprise to readers of this blog, and it certainly isn't to zookeepers. As a zoo spokesperson explained:


Unlike many other species, orangutans are "subtle" problem solvers, Simmons said. Instead of actively working at a problem — such as how to get out of an enclosure — they tend to think through a solution and then act, not giving humans any indication of their plans.

So despite all the human ingenuity put into making the exhibit escape-proof, they decided there was only one way to be sure: they're giving the animals two months in the facility before they open it to the public, to test whether it's really escape-proof. Good idea, as these two primates have proven.

Photo of an orang using an iPad from the National Zoo, where staff have apparently lost their minds - as if orangs can't make enough trouble on their own, what could they do with access to the Internet?