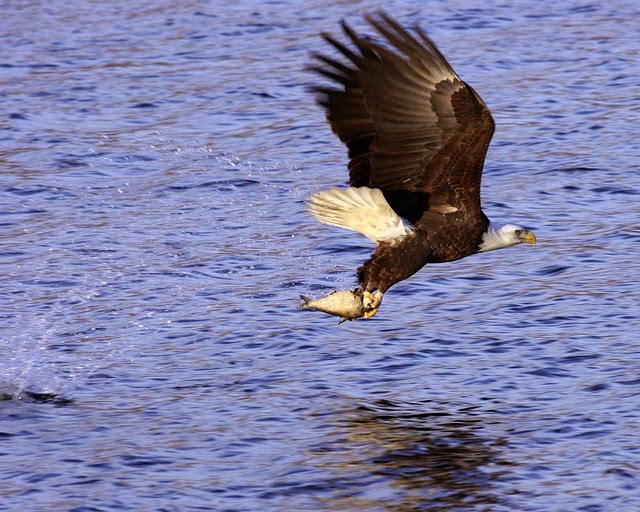 The Internet continues to be obsessed with bad things happening to crocodilians: this time it's photos of an otter killing an alligator. I have to admit that is one bad-ass otter, but a far more important story is flying – or swimming – under the radar.

Birds crashing into planes is a widely acknowledged and serious problem. And we've seen other animals interfering with traffic on runways as well, including goats and turtles.

I was surprised that turtles could interfere with air traffic, even on the ground. But never mind that: now we've got a plane that was hit on takeoff by a FISH.

It happened at a military base in Florida where a plane aborted a takeoff after hitting what it assumed was a bird. But when the evidence was collected by the base's wildlife managed and analyzed by experts, a different story emerged.


“I found a fish on the runway,” says Garven. “It was a comical thing.”

Garven picked up the fish, a nine-inch sheepshead, and met the NOAA crew at Hangar 5, where she collected DNA samples from the jet. She sent that off to the Smithsonian Institution’s identification laboratory and two weeks later, received a report back.

The DNA on the plane belonged to the sheepshead.

The assumption is that an eagle was eating a fish on the runway, took off when the plane did, and dropped its lunch. Perhaps that's reassuring, compared to the idea that fish can attack a plane in flight. Or perhaps that's even worse: if birds no longer need to make suicide attacks to bring down aircraft, but can use weapons, there's nothing to stop them now.