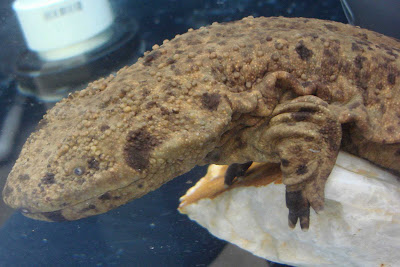 You'd think scientists, at least, would be objective about animals. Sadly untrue, as The Guardian reports on a paper published in the journal Conservation Biology:

According to a new study, rampant bias exists among researchers towards "cuter and more interesting" animals. The meerkat has clocked up more than 100 published studies since 1994. The manatee has been the subject of just 14, and academic neglect may be a vital factor in its currently parlous position. "Scientists are people too," says Morgan Trimble, a conservation scientist at the University of Pretoria in South Africa, who carried out the study. "And many of them want to work with the big and furry stuff."

Lovers of chimps, pandas and elephants like to argue that saving habitat for these creatures has a trickle-down effect, preserving less attention-getting animals as a side benefit. But if you don't live in the neighborhood of some charismatic mega-fauna, your species is apparently out of luck:

Threatened large mammals dominated the studies, appearing in 500 times as many published papers as threatened amphibians. Threatened reptiles, birds and small mammals also received much less attention. The most studied animals were chimpanzees, with 1,855 mentions, and leopards, with 1,241 mentions. Even within the relatively well-studied group of threatened large animals, more than two-thirds of scientific effort went on less than a third of species. For threatened reptiles, some 98% of research studied less than a quarter of species.

Should we really allow certain animals to cloud our minds and suck up all our research dollars just because they are big and fuzzy instead of brown and mushy like that cute baby Japanese giant salamander in the photo?

Learn more about endangered ugly things at the blog Endangered Ugly Things and see a place that has the good taste to celebrate that brown mushy creature with its own festival here.