Amazing animal abilities... not so much 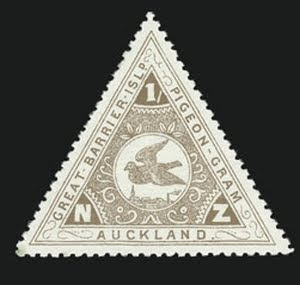 Homing pigeons are astonishing animals. Despite the poor reputation of urban pigeons in modern times, pigeons have long been of service to humanity, for many centuries delivering messages faster than any available technology. During the two World Wars, pigeons were even awarded medals for their service carrying critical military information.

More recently, they've been used to protest the poor quality of internet access in rural communities: in a demonstration in England, ten pigeons carring USB sticks reached their destination in ninety minutes, beating out a video download started at the moment of their release that had only managed to process 24% of a 300MB file.

All of these uses harness the pigeon's remarkable natural ability to find their way to their home roost from any location. Racing pigeons, driven in closed trucks for several hundred miles to a place they've never been, will unerringly find their way home, flying at speeds of 40 to 60 miles per hour.

A bird named Houdini was released for her first race, an easy 200 miles from Guernsey to Dudley in the West Midlands of England that should have taken only six hours. When she didn't arrive, her owner assumed she'd met with foul play and that he'd never hear of her again.

Over a month later he got a phone call from Gustavo Ortiz, who'd tracked him down using the information on the bird's leg band. The call was from a rather surprising location, as the owner explained to the Daily Mirror:

"I was gobsmacked. I didn't even know where Panama was."
"I've no idea how Houdini got there - I can only assume she hitched a lift on a ship across the Atlantic. They must have fed her on the boat because she's in perfect shape judging by the pictures Gustavo emailed me."

Did Houdini really get that drastically lost, sullying the proud reputation of her species for navigation? Or had she flown the coop deliberately, hitching a lift to a better climate? Either way, it's too expensive to ship her back, so she'll be staying in her new country - well, at least for now, till she gets lost or takes a notion to hitch a ride again.

Email ThisBlogThis!Share to TwitterShare to FacebookShare to Pinterest
Labels: pigeon