Why chimps should not be pets 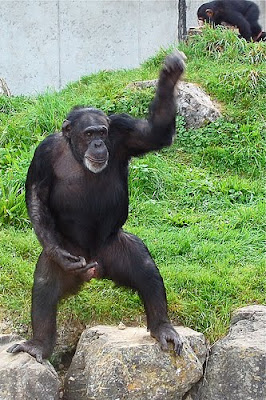 There are many intolerable behaviors that we regularly excuse in our companion animals. But I for one draw the line at insolence to our most long-suffering public servants:

A 300-pound chimpanzee escaped from its owner Tuesday afternoon and ran rampant through a Kansas City neighborhood, scaring walkers, pounding on passing cars and breaking a police car’s windshield.

The 21-year-old ape, named Sueko, also pointed and laughed at residents and flipped off an animal control officer near 78th Street and Indiana Avenue, witnesses said.


Read more and watch the video at the Kansas City Star.