Animals Getting People Into Trouble 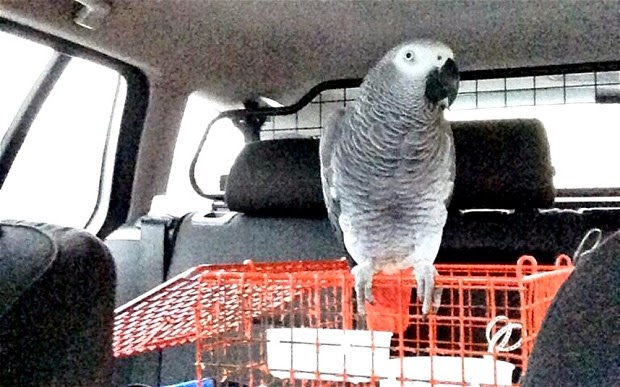 -Parrots are the only animals that can speak our language, but if you think this makes them count as human, you might not get too far. A woman in England found this out when the police discovered that she was driving on a learner's license with only a parrot as company. Holders of a learner's provisional license are only allowed to drive under the supervision of a qualified driver, so, as the police said on Twitter:


Since parrots are not authorised to supervise learner drivers, her vehicle has been seized by us on the M62.

-This blog has made the point over and over again that cute animals are a bad influence. We've seen that they distract scientists from studying less attractive animals and convince people to do all sorts of ridiculous things to help them. But research has found that looking at photos of cute animals makes people aggressive. And here's one that actually incited someone to violence:

Fight breaks out in queue to pat koalas

A wildlife park visitor has been accused of assaulting another man and threatening him with a knife after complaining that it was his turn to pat the koalas.

Police on Tuesday said a 34-year-old Para Hills man had been charged with aggravated assault and two counts of assault at the Adelaide Hills park on Saturday.

The visitors were waiting to pat the koalas when the 34-year-old man allegedly became aggressive and assaulted the victim.

"Two bystanders tried to intervene and were also assaulted, as was a staff member at the wildlife park," police said.
Advertisement

The man also allegedly threatened the victim with a knife, police said.