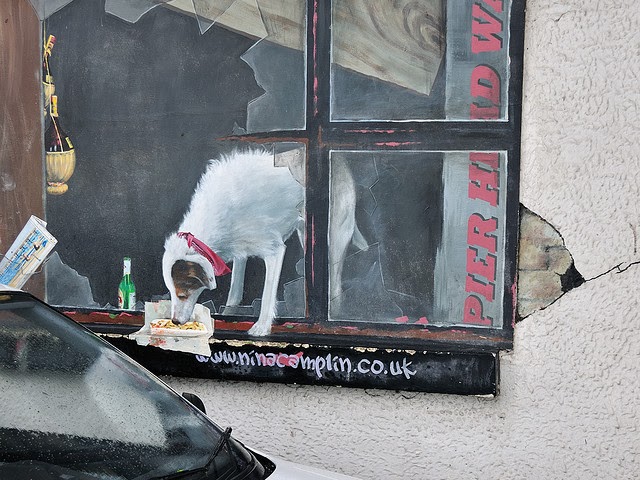 We've seen dogs set fires and crash cars, but I believe this may be an original: A dog that caused an explosion.

A couple in England came running home when they got a text from a neighbor that there'd been an explosion at their house:


“We thought someone had put something through the letterbox or there had been a gas explosion.”

Matthew added: “When we got inside the house we saw that the explosion had completely smashed out our bay window.

“It had also cracked the fireplace, all the floorboards underneath the explosion had been destroyed, and the sofa is completely ruined – we have had to buy a new one."

“All I could think about was our pets – thankfully they were okay.”

Initially it was thought to be a gas leak, but when investigation revealed no leak, another explanation came to light: Their dog Zeus had found an aerosol can that happened to be near the home's boiler and chewed a hole in it:


“It is just one of those awful coincidences I suppose – moments after Zeus chewed through the can, the back boiler must have ignited.

“Poor old Zeus is lucky he didn’t chew that can a few minutes later or he’d probably be dead now.”

Despite all the "poor Zeus" and talk of gratitude that the three dogs were OK, the second paragraph of the article in the local news suggests that poor Zeus was not exactly forgiven:


Six-month-old saluki greyhound cross Zeus, who has since been sold,