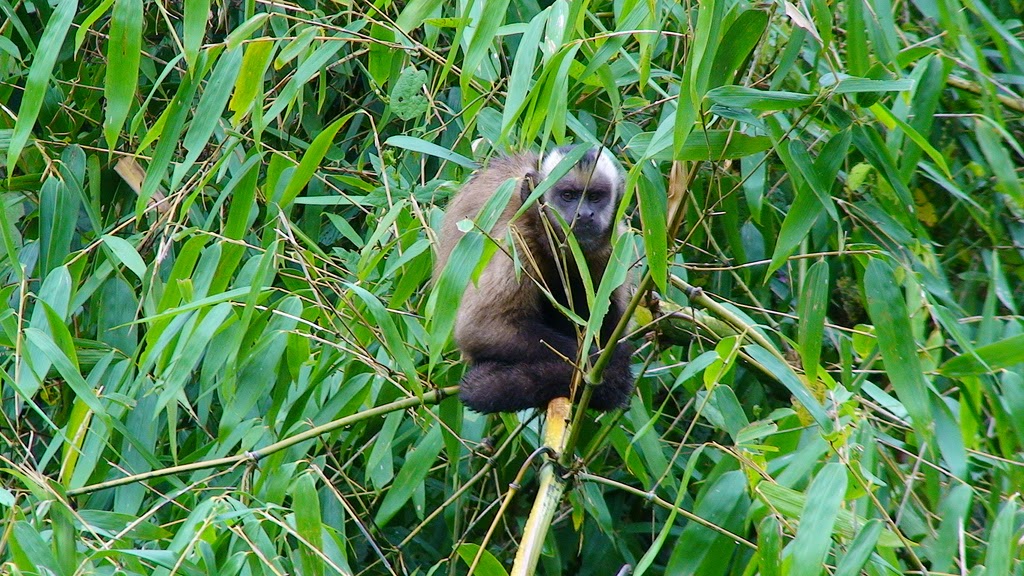 It's not often that a respectable mainstream media source does my job for me so throughly, but all we need for this story is some direct quotes from this BBC article:

The primates whine, pull faces and follow potential mates around in scenes reminiscent of the school playground.

Although their common name refers to their hairstyles, the monkeys' passionate side is hinted at in their scientific name Sapajus libidinosus.

Without brightly coloured, swollen genitals or strong smelling odours or liquids to communicate, the capuchins display they are ready to mate through their behaviour.

The females solicit attention from males with pronounced pouting faces, whining calls or by touching them and dashing away.

This behaviour builds as the females pursue their mates and in the Serra da Capivara capuchins, it leads to females throwing stones directly at the subjects of their desire.