More on the traitors in our bosoms 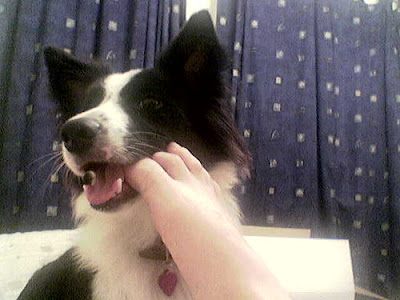 Perhaps you scoffed at the little-known risk revealed in my recent post about the man who had three toes eaten by his cute little dogs. Perhaps, like the spokesperson for the animal control department quoted in that story, you comforted yourself that this was a unique aberration.

Then it's particularly important that you don't miss this headline:

Man Wakes Up To Find Dog Ate 3 Of His Toes

In this latest case, the victim, who fell asleep on the couch, was an Oregon man who's lost the feeling in his feet due to diabetes.

Despite how this animal was clearly taking advantage of the man's illness, a veterinarian who was quoted on the matter made excuses:

Roseburg veterinarian Alan Ross says that the dog may have been trying to rid his owner of dead tissue, and says he may have been attracted to the foot if it were infected or gangrenous.

Ross says the dog doesn't need corrective action because it wasn't "acting out of meanness."

It's unclear how this fellow can be so sure about the motivation of the perpetrator. Last I checked, vet schools don't include courses on canine mind-reading. Personally, from here on in, I'm going to make sure I'm at least wearing socks next time I stretch out on the sofa.

And one more item today, to continue our recent feline theme: a bit of bad animal fiction.... OR IS IT?


Photo from Flickr user late night movie, who was lucky to wake up just in time.