CSI: BEARS is not enough to protect us 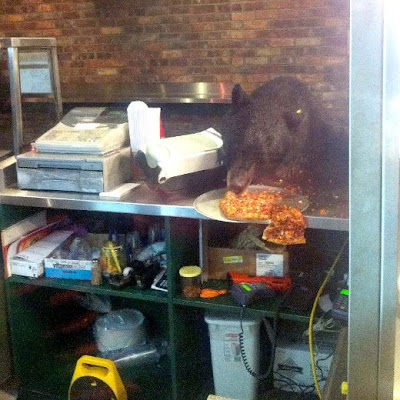 Followers of bad animal news might have taken comfort in the fact that a grizzly in Yellowstone National park recently received the death sentence after DNA evidence linked it to the deaths of two hikers in separate attacks.

But less widely reported stories from across North America suggest that this is no time to become complacent about bears - even if you stay safely away from the wilderness. These animals are coming after us where we live:

-In Florida, the hunt is on for a bear that has been breaking into houses and stealing food. In one recent incident the bear got away with a birthday cake, prompting officials to set up a trap baited with cupcakes. So far, the bruin has not been tempted, perhaps because it's reading the news reports that helpfully warn of plans to euthanize the bear if it's captured.

-In Pennsylvania, Richard Moyer was letting his dog in late at night when a black bear rushed through the door and jumped him. As the two struggled on the living room floor, Moyer's wife tried to break it up, and the bear turned on her and dragged her outside. Eventually their combined counterattacks convinced the bear to retreat. "I know what it's like to be a salmon now," a bandaged-up Moyer joked - but also noted that one scratch had come within an inch of an artery: "If it had hit that, I wouldn't be here to tell the story."

-And in British Columbia, it wasn't a home that was invaded, but an institution almost as dear: a pizza parlor. Staff saw the bear checking out an outside garbage can but were afraid to get near enough to close the door, so it strolled right in and dove into a pie. Employees - as well as twenty spectators taking photos and video - watched as the bear ate four pizzas, reportedly including vegetarian, cheeseburger, and beef with blue cheese. While bears can't post online restaurant reviews, it apparently thought highly of the meal: it tried to come back twice the same night.