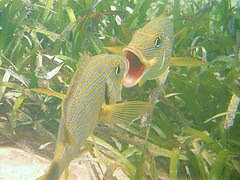 From new research out of Australia:

Small fish are at risk of being bullied to death by big ones as coral reef resources are hit by climate change.

Do I even need to add anything to that headline?

(Or this one: Embarassing sexual complaint hits people poisoned by fish. Shouldn't it be less, well, disturbing to read a magazine called Practical Fishkeeping?)

Don't scroll down any farther unless you want to see a picture of an even bigger, four-foot long specimen of the penis-eating worm that devastated an aquarium in Cornwall. 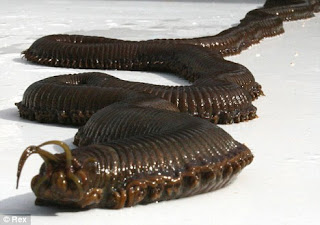