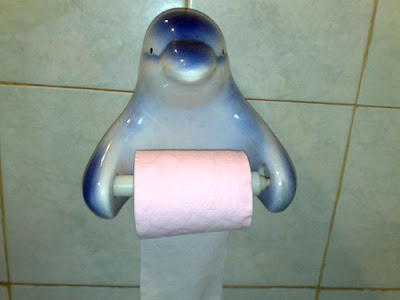 Some recent headlines in cutting-edge research into the appalling sex lives of animals:

Jealous Hermaphrodite Shrimp Murder Their Rivals
Cleaner shrimp are pretty kinky creatures, able to reproduce both as male and female. They can't fertilize their own eggs, though, so they do need a partner. And when they get one, they don't take any chances. This research found that when tankmates molt, the shrimp take advantage of their vulnerable state to kill them. This continues until only one pair is left in the tank.

Spiders with good gifts get lucky for longer
This research reveals the gold-digging nature of female spiders. The males trade gifts for sex, and the females have upscale tastes:

Male nursery web spiders carefully prepare silk-wrapped gifts to woo potential mates into having sex. But if the present is worthless -- like inedible plant seeds or the tasteless remains of eaten prey -- mating ends abruptly.

Dolphins team up to get the girl
Uh, right. They make it sound so charming, but, as readers of this blog should be well aware, dolphins are known gang rapists. The research reported in this article investigated why they do this. (Apparently "because they are assholes" is never enough for a scientist.) The results show that dolphins in these gangs are more likely to sire offspring. Big surprise, since as the researcher notes, "The female can't get away from them."